The MSc Violence, Conflict and Development is taught within a research environment of staff and PhD students working on conflict-related issues. In the last couple of weeks two of our dear PhD students have passed their vivas (hurray!), so it seems appropriate to devote a blog to them. I'm copying their abstracts as these give a really good idea of what kinds of topics people focus on for their doctoral studies.

Kim Wale
‘Making our own means’: Counter-Narratives in Squatter Memories of Violence, Resistance and Transition in the Western Cape 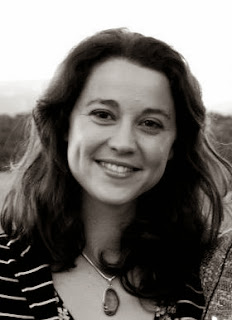 The transition from apartheid to democracy in South Africa did not bring structural economic transformation and the majority of black South Africans remain marginalised. This thesis examines the role of memory in legitimising and challenging this contradiction of transition without transformation. It asks how local actors who were involved in the squatter struggles of Crossroads in the 1980s bring their lived memories into conversation with national memory discourse. Key findings demonstrate a contradictory relationship between respondents’ lived memory and national memory discourse. On the one hand, local memory is used as a resource through which respondents attempt to gain inclusion into the dominant memory identities and discourses of transitional justice and post-conflict development. On the other hand, it acts as a weapon which challenges the underlying assumptions of this broader memory field. This thesis offers insights into the way in which memory works and the ideological role it plays in the field of transitional justice and postconflict development. Conclusions draw out an alternative narrative of struggle and transition that challenges the memory politics of South Africa’s recent history.

Matilde Stoleroff
SOCIAL BOUNDARIES, POLITICAL ELITE BARGAINS AND (DIS)ORDER IN GUINEA-BISSAU, 1974-1998
This thesis explores the establishment, breakdown and re-establishment of political order in Guinea-Bissau by examining the evolution of the shape and character of its political elite bargains from independence to the outbreak of the civil war in 1998. While there are a variety of scholarly approaches that focus on the structural conditions under which violent conflict is prone to erupt in underdeveloped countries, this thesis adopts an interactional approach to better appreciate how Guinea-Bissau’s political elite bargains have evolved and how these developments explain the outbreak of conflict at a given time. It takes off from and develops North et al’s (2009) framework on limited access orders and the Crisis State Research Centre’s approach to state fragility and resilience and contributes to the study of political elite bargains by proposing that a social boundary analysis is central for assessing degrees of a bargain’s inclusivity/exclusivity and for better understanding what lead to changes in the bargains shape and character. It suggests that as relationships are both the “glue” and the “scissors” underpinning every elite bargain, the analysis of their evolution is key to problems of order and disorder. Applying this method of analysis, it provides a detailed examination of how elite relationships in Guinea-Bissau have changed over time based upon extensive documental research and interviewing with key actors and informants. It explains which, why and how different political identities have emerged, gained and decreased in political relevance, and how their interactions have shaped subsequent interaction and produced political change.