Looking forward to next year!

It's the end of term... and at the same time we are looking forward to next year! Today we met to discuss MSc Violence, Conflict and Development for the coming academic term, and then went straight on to our exam board meeting for the year that is finishing. We took advantage of the sunny weather and this abundance of meetings to get the first *ever* VCD team photograph.


If you have an offer for next year and are wondering what to read before coming to SOAS in October, all of us have staff pages that can be found here: http://www.soas.ac.uk/development/staff/
If you select the 'publications' tab, you will find that several articles can be downloaded for free. You can get something of an idea of the kind of research that we do, including geographic specialism and disciplinary perspective.

We are looking forward to welcoming the new cohort in a few months' time!
at June 26, 2015 No comments:

Last Monday I took part in the Bloomsbury Humanitarian Debate, a forum organised by the London School of Hygiene and Tropical Medicine, Birkbeck and MSF. The theme was the securitisation of aid, a subject that is of increasing analytical and political significance in light of current issues of migration across the Mediterranean (and the resourcing of responses), contexts of development and security in areas in which donors have played military roles (particularly Afghanistan) and the existence of IS, which presents development policy makers and practitioners with challenges that disrupt conventional understandings of the state, responsibility, needs and assistance.

The panel was drawn together from academic/research institutions, aid organisations and the military and, as the debate was hosted by the LSHTM, there was a strong theme of public health provision. There was broad agreement across the panel that security has been defined by the global north and that, as a result, the forms of security that are promoted through development tend to reflect powerful northern interests. There was less agreement in terms of the operational solutions to this exercise of power: at times it seemed that the usual distinction between pragmatism and principle had been re-cast as humanitarian principles allow a certain pragmatic distance from political pressure. At other times, the weight of opinion was behind the possibility of working within a diverse array of donor imperatives that allowed for effective aid to be given in particular circumstances.

The debate was drawn together around three questions: Understanding security; responding to security needs; and Security and humanitarian actions.

Full details of the debate can be found here: http://crises.lshtm.ac.uk/?p=1768

As ever it was great to catch up with a couple of VCD alumni who came along and hear about what they have been doing since completing the course! :)
at June 24, 2015 No comments:

In Place of War - and capoeira

A few months back I made contact with Ruth Daniel who heads up the In Place of War project that promotes art from areas of conflict. It's an amazing project - full details here: http://www.inplaceofwar.net/
As she was hosting an event in London last week I headed down with my capoeira group to support it. It was a great evening of capoeira, inspiring talks and fantastic music. And if that wasn't enough good things in one place, we had VCD students past, present and future there! 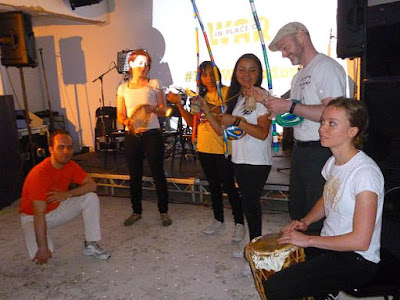 It's the end of term! It's not all over yet though as we still have dissertation supervision until the end of the month. It's really interesting to see what students have decided to research over the summer and how their ideas and arguments are developing.
And yesterday we had music day when different bands play in the corridor - this year raising money for the Music Department of Kathmandu University, which was badly damaged in the recent earthquake. 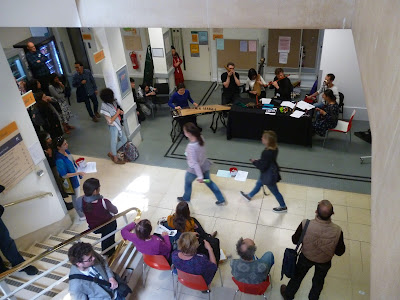 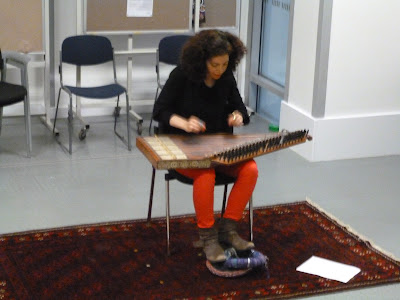 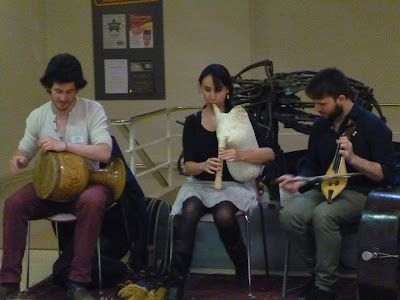 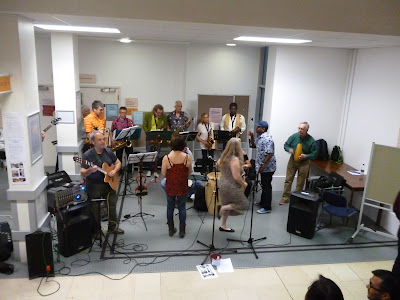 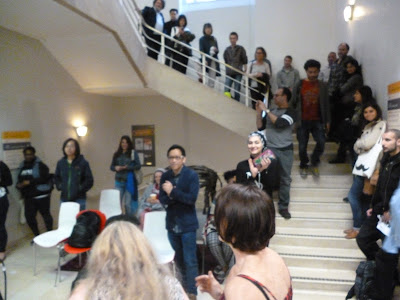